Family photoshoots hold a special place in my heart.  Being a Mother myself, I understand how precious this time is and how important it is to document the journey.  Whether I document a milestone or simply a certain chapter of your story,  there is always such beauty in the fleeting the moments, the connections and emotions between a family unit.  I aim to capture personalities and joy but above all else love.

Whether in-home or outdoors, I will ensure that any photoshoot is tailored to you.  Each family has its own unique story to tell, and I’m there to document it for you.

A Pre-shoot questionnaire or consultation call is included so that we can get to know each other, discuss ideas and decide upon the elements which will make your shoot bespoke to you.

You will also receive a common questions pack covering what to wear through to preparing for you shoot. 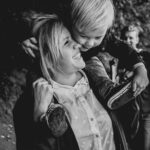 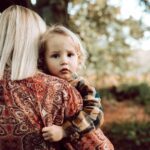 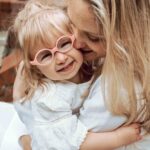 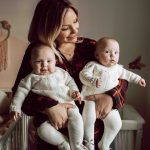 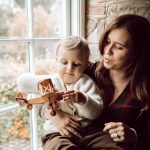 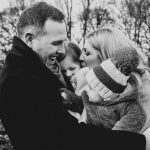 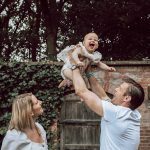 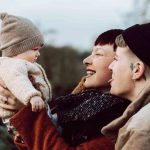 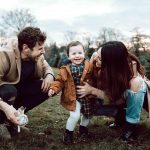 Below are the most popular package options and can be held indoors, outdoor or a mixture of both.  We can of course create a bespoke package if you’d like something in between.  With each package, you receive your gallery of images within 2 weeks of our shoot via a beautiful online platform.

Additional images and prints can be arranged at any point following your shoot.

Held on a date of your choosing, this package includes a relaxed 60 minute photoshoot and 10 high resolution digital images of your choice.

Whether in-home or outdoors, or both, you can decide upon the location within a 10 mile radius of WA4.  I can also offer location suggestions if preferred.

Payment is required upon booking to secure your date and time.

I shall send through a pre-shoot questionnaire upon booking, to help me tailor your session and get to know you all a little before we meet.

Held on a date of your choosing, this package includes a relaxed 60-90 minute photoshoot and 20 high resolution digital images of your choice and 20 Professional Prints.

Whether in-home or outdoors, or both, you can decide upon the location within a 30 mile radius of WA4.  I can also offer location suggestions if preferred.

A £50 deposit is required to book your date and time, with the remainder due anytime up until the day of your shoot.

Held on a date of your choosing, this package includes a relaxed 2 Hour photoshoot, all high resolution digital images and 30 Professional Prints.

You can decide upon the location within the North West.  I can also offer location suggestions if preferred.

A £50 deposit is required to book your date and time, with the remainder due anytime up until the day of your shoot.

Filming is a real passion of mine, particular for families.  I find this medium just captures emotions, connections and moments like no other.  With all types of films, I take an unobtrusive approach and capture the magic as it unfolds with a little gentle guidance along the way.

For Full Film sessions, we would have a consultation call to tailor and plan your family film.  You could choose to film in-home, at your favourite outdoor spot or a mixture of both.  The session itself would be 1-2 hours and would produce a beautiful 3 minute film with complimentary music. I will hand edit and share your final MP4 film within 2-3 weeks of our session. Full Films are priced at £395.

Audio can also be included, ask for more details on this.

I can also capture and create complimentary films during your photography session.  With these films, I prioritise the photography but take film clips in between to complete your story.  I focus again on connections, emotion and fleeting moments in a documentary style, without being intrusive.  The final MP4 film will be approximately 2 minutes long and will be with you within 2 weeks of your shoot.  The additional cost is just £150.

Here are some examples:

We’re awkward in front of the camera, is this normal?

Honestly, every couple I photograph tells me the same and you know what, those awkward giggles are actually really lovely.  I have a relaxed, documentary approach so you don’t need to worry, I will give you gentle guidance and suggestions along the way to keep the flow and your confidence up.  Importantly I want to capture you as a family, your love for each other and your unique personalities.  Just be yourself and you can’t go far wrong!

Do you travel and are there additional travel costs?

Yes!  As much as I love photographing locally, I also love to travel.  There is a small charge for travelling but contact me with your plans and I can give you a more exact cost.

What should we wear for our shoot?

Whatever you feel most comfortable in, you want this session to reflect you as you really are.  I usually suggest minimal pattern, nothing too bright in colour and no large logos or words though.

When will we get our images?

I take great pride and considerable time on each of your final images.  You will receive all final digital images within 2 weeks of your shoot.  This will be sent to you via email, allowing you to share with family and friends and download whenever ready.

How do your payment plans work?

I can provide payment plans for any booking over £300.  For families, a non-refundable deposit is required to secure your date.  The remaining balance can be split over two dates with final balance due a month after your shoot.

Do you offer Albums?

Yes, we work with a lovely UK based company called Folio.  Their albums are handcrafted and just beautiful.  We can meet up with their sample collection and go over exactly how many pages/images you’d like to include and in what format.  I will design the layout for you to preview before printing and manage the process through to delivery.

Thank you for the most wonderful photos of our family. Your eye for the smallest of details and ability to capture the perfect moment has resulted in images we will treasure forever. You made it all effortless and fun and that shows in the pictures. Anyone would be lucky to have a Clicked by Kate session - we certainly cannot wait to work with you again.

Can’t wait to hear from you!